Muhyiddin gets a lifeline but is still in the water 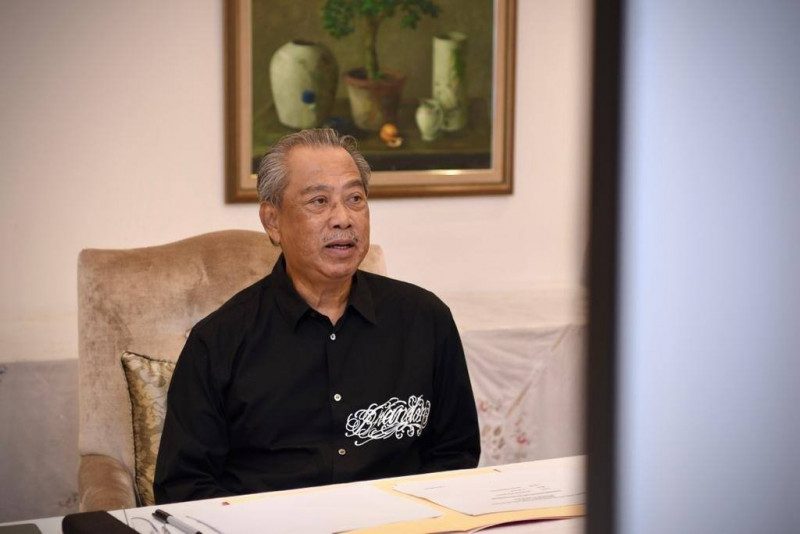 UMNO’S decision to support Tan Sri Muhyiddin Yassin and the Perikatan Nasional (PN) government has thrown a lifeline to the prime minister battling the strong currents surging around him but he is not out of the water yet.

If all of Umno decisively withdrew support for him, he would have gone because his slim majority would have evaporated into a massive shortfall. In the event the Umno Supreme Council’s decision to support him early this morning, while saving him, comes with conditions such as greater representation in government which may be difficult to meet.

On top of that a marathon four-hour session, a brief six-point statement at the end of the meeting, and a rather reticent (unusually) bunch of supreme council members, including some cabinet ministers, has to indicate a stormy encounter. Who is to say that defections are not possible?

But before considering that, why did Umno’s Supreme Council reject working with Pakatan Harapan early this morning? There are at least two reasons – one, working with DAP might affect their election chances when they are eventually held. After demonising DAP it does not look good to be working with them.

Two, they want an election at the end of the day, not someone else out of Umno to become prime minister. The sooner the better – they think given current circumstances, they will come on top. But it may not pan out as expected. The big thing will be the division of seats.

There are major problems likely here as all three – Umno, Bersatu and PAS – will clamour for more seats to be given to them. This could split asunder the PN coalition or at the very least result in multiple candidates from the PN coalition for a significant number of seats.

Also, Umno effectively being kingmaker will continue to destabilise PN especially if the Covid-19 threat recedes. Umno will then again threaten the majority of the PN coalition by simply saying it will pull out of the coalition.

This may well lead to the dissolution of Parliament and elections, which is what Umno (and PAS) wants. That, Umno figures, will bring it to power quickly.

And they will use Datuk Seri Anwar Ibrahim and Harapan to create instability. Anwar may go along given an outside chance of becoming PM. But even if he succeeds, his government will still be unstable as it depends on tenuous Umno support which can be pulled out at any time.

Perhaps, for now, a decent solution lies in the hands of Muhyiddin who still holds the reins of power which is a huge advantage in the current situation because he is in a better position to act than any of the others, especially his opponents within and outside the coalition.

If he reaches out to the opposition – DAP is eager and PKR and Amanah may be amenable – things might improve for him and he may be able to come up with a genuine solution to the problem of a no-confidence motion, either directly or indirectly.

One way is to get some key opposition members involved in the formulation of the budget. Not only is this likely to improve the quality of the budget, but it is also a starting point to become more inclusive, consulting those who had significant support from the people in the last general election.

If he can do that then he will have won more than half the battle. Beyond enabling the passage of the budget, such a move will mark the start of cooperation on a much broader front and the closest we will get now to a unity government.

If this is done in the true spirit of cooperation during the current difficult times when there is a need to contain and eventually overcome Covid-19 and for economic resuscitation, the outcomes can be a lot better than they currently are.

It also means that the chances of much greater stability leading up to GE15 by 2023 will be considerably enhanced, removing much of the uncertainty prevailing after that coup called the Sheraton Move.

But that would need lots of statesmanship from our current leaders, a quality sorely lacking among them, and a quality that the Yang di-Pertuan Agong and the rulers have implicitly urged them to foster when they asked for politicking to be put on the back burner and for commonsense and consensus to prevail.

Will Muhyiddin use his second chance to make amends or will he, like his predecessor, squander it to all our detriment, including his? – The Vibes, October 27, 2020

P Gunasegaram lives in hope. He is editorial consultant of The Vibes.