Should we forgive emergency bid? 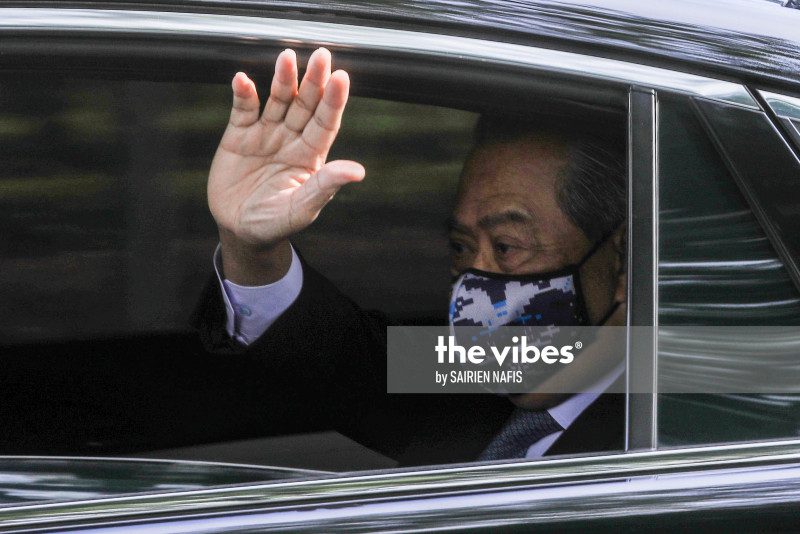 LET’S face it. This backdoor government headed by Tan Sri Muhyiddin Yassin planned and orchestrated to bring about an emergency in Malaysia, which would have given him nearly unlimited powers in terms of running the nation.

But the Yang di-Pertuan Agong, in consultation with the other Malay rulers, exercised his constitutional discretion on the matter and ruled that there was no need to call for an emergency, which would have suspended Parliament and civil liberties. This reflected what appears to be the consensus in the country against an emergency.

However, the king did express support for Muhyiddin, especially when he opined that Parliament should vote for Budget 2021, to be tabled tomorrow, in the interest of stability and peace.

Before we collectively decide whether to forgive Muhyiddin, and before it is translated into any action in Parliament, we need to examine how he went about doing it and what his motives were for wanting to impose an emergency.

Two Fridays ago, on October 23, the country was abuzz with talk that an emergency was imminent. Muhyiddin and selected federal leaders flew to Kuantan for an audience with the Agong following a fractious cabinet meeting that eventually agreed unanimously to call for an emergency.

The king declined Muhyiddin’s request, and instead, wanted to confer with the Malay rulers before he made his final decision.

After a meeting with the rulers two days later, the palace announced: “Following discussions with the Malay rulers on the situation faced by the country, (Agong) Al-Sultan Abdullah feels that the government has dealt with the pandemic effectively. His Majesty reminds politicians to immediately cease all politicking that could affect the government’s stability.”

The thing to note is that there was no announcement to the public about any emergency before Muhyiddin went to see the king. It was decided by a small group of people, pushed through the cabinet, and a royal endorsement was sought.

Worse, it caused considerable uncertainty and anxiety among the public, which heaved a collective sigh of relief that Sunday, when the king turned down the request for an emergency. It averted a potential disaster in the financial markets, as well as panic and anxiety among citizens.

But what were Muhyiddin’s concerns when he requested an emergency? Was he really concerned about the Covid-19 pandemic and its effects, or was he more interested in perpetuating his position as prime minister, a position that was immorally obtained by betraying his partners in the then ruling coalition and going to bed with a sworn enemy?

Malaysia was, up to then, doing a pretty good job fighting the pandemic, but it was the Sabah election, which resulted from the destabilisation of the state government with federal connivance and led to the dissolution of the state assembly, that caused a resurgence of Covid-19.

It was not the election, but ignoring social distancing and standard operating procedures, while allowing unlimited campaigning, that led to the subsequent spike in Covid-19 cases in Sabah and the disease’s spread to the peninsula. It was a political decision to allow this because it would favour PN allies.

So, it was a bit much when Muhyiddin used the pandemic to proclaim an emergency, when the clear reason was to avoid what could be a vote of no confidence in Parliament after Pakatan Harapan and Umno teamed up in a potential bid to unseat him.

Currently, the country is in a state of uncertainty. The Agong has advised passing the Budget by all concerned. The finance minister seems to have made an attempt to consult opposition parties, and crucially, PN component Umno, too, to agree to some kind of arrangement.

Will that be enough to cobble together a consensus to get the budget bill passed? And even if it is, will it be the precursor to increased cooperation between the various parties? Or, will someone be waiting to stick the knife in at the opportune time?

Lots of people are unlikely to be in a forgiving mood when it comes to Muhyiddin. What those who betray others are finding out is that others can betray them, too, and the vicious cycle can continue for a long time.

That means while Muhyiddin sits at the top, he sits there uneasily, wary of every move by those around him, waiting for the time someone topples him. That’s bad, of course, for Malaysia and Malaysians, with the government paralysed from inaction because there is just too much politicking.

Perhaps, a solution towards stability has to involve Muhyiddin leaving the scene altogether. It might also give him more peace. – The Vibes, November 5, 2020

P. Gunasegaram says too much uncertainty is bad for the health of both the country and rakyat. He is editorial consultant at The Vibes.