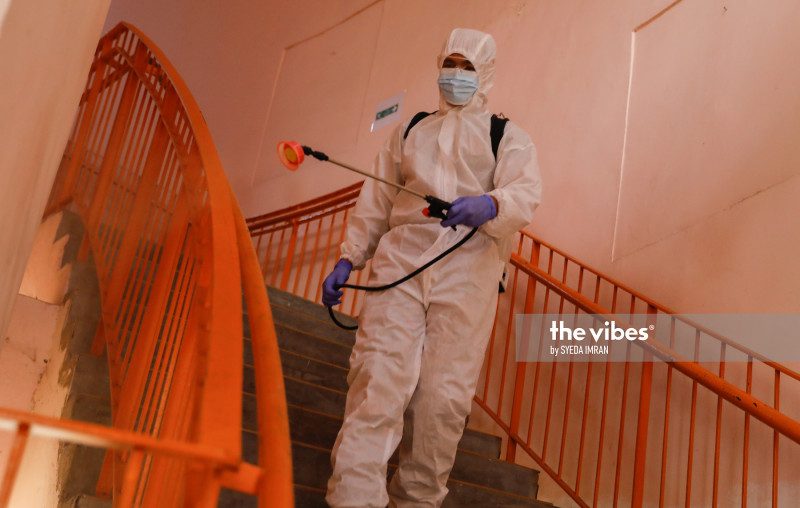 CONSIDERING the questionable decisions that have been made over Covid-19 control, it’s time for the government to step back and let professionals make the decisions.

Otherwise, we might have an economic and pandemic disaster of epic proportions, the likes of which we have never seen before. Following are some key questionable decisions over Covid-19.

1. Why were SOPs not enforced during the September Sabah elections? Until the Sabah elections, Covid-19 was being well-controlled in Malaysia. But inexplicably, standard operating procedures or SOPs were thrown out the window despite Covid-19 having taken root in Sabah already.

2. Why was free, unhindered travel between Sabah and the peninsula allowed without quarantine for those returning? This was a major factor in the increase of cases, especially in Kedah and Selangor. The health authorities were well aware of disease communication via travel, especially during the elections. If they had imposed a quarantine period for those returning from Sabah, much of the spread would have been controlled. The trouble is a lot of those returning were politicians and their henchmen.

3. Was the welfare of the people deliberately being compromised to expedite political aims, namely the overthrow of the Sabah government? Following up on possible answers to the first two questions, the obvious answer to this one indicates a ‘yes’, especially in the absence of any explanation as to why authorities waited after the elections to impose restrictions.

4. Why was an emergency considered necessary to fight Covid-19? The mechanism to impose extensive restrictions because of an epidemic or pandemic (which encompasses other countries and continents) is already there in the law. There is absolutely no justification for this backdoor government to petition the King for an emergency. It is important to remember that an emergency also suspends civil liberties, including Parliament, putting the country under the sole control of a backdoor prime minister who has NOT shown himself to be particularly competent, an absolutely untenable situation.

5. Was the emergency attempt an ill-considered decision to prolong the backdoor government’s tenure? Looking at the laws to control epidemics and pandemics, and their powers, it definitely looks so, again highlighting that politics is getting top billing over the welfare of the people.

6. Why was the MCO re-imposed for Sabah, Kuala Lumpur, Selangor and Putrajaya for two weeks from Oct 14? This was done after the Sabah elections and after the situation got serious in Sabah. But it was questionable (https://www.thevibes.com/articles/opinion/2887/is-this-new-cmco-really-necessary-p-gunasegaram ) whether this had to be extended to Kuala Lumpur, Selangor and Putrajaya where the situation was not that serious. Which leads to the next question.

7. Was it in part to restrict movement to make it difficult to plot the overthrow of the backdoor government through a vote of no-confidence and not because of Covid-19? This is a fair question considering that there were moves to put through a vote of no confidence against Prime Minister Tan Sri Muhyiddin Yassin already afoot. This would have led to a situation where Muhyiddin would have to tender his resignation, and the King would have to call for fresh elections or call on a new person to form the cabinet. Movement restrictions make this a lot more difficult.

8. Why was the CMCO prolonged by four weeks when there are already standard methods for fighting the pandemic? On October 25, the King ruled against a petition by Muhyiddin to impose an emergency. It came as no surprise that the CMCO (conditional movement control order) was extended, this time by nearly a month, although there were indications that at least In Kuala Lumpur and even Selangor some headway was being made to control Covid-19. In a recent article (https://www.thevibes.com/articles/opinion/5587/letter-choose-a-transparent-middle-path-over-cmco-academy-of-medicine-of-malaysia) a body of medical specialists was reported to have asked the government to follow the middle path. The article said: “‘….the Academy of Medicine of Malaysia is puzzled by the government’s decision to impose a blanket CMCO. In examining the available evidence, we urge the government to lift the CMCO and adopt a transparent ‘middle path’’. The middle path would be to impose an enhanced MCO on red areas and allowing others to operate normally.

9. Does that kind of extension justify the huge sacrifices on income and other enjoyment of life because of the pandemic? Certainly not. In Kuala Lumpur, for instance, the number of cases have been in the low two digits. Even if Selangor’s cases are higher, the enhanced MCO should have been the weapon of choice and would have saved needless blanket suffering by millions of people.

10. Overall, is the government needlessly politicising the entire handling of the Covid-19 pandemic for its own narrow benefits instead of handling it in a totally professional manner that balances measures introduced against their efficacy and the damages they cause? That certainly seems the case.

The handling of Covid-19 has been enormously politicised. If this unstable government tottering on the brink of a no-confidence motion still, as it claims, wants to do good for the public, then it needs to hand over the handling of Covid-19 to professionals. It is too conflicted to do a good, impartial job – too much is at stake.

If it wants to regain public confidence, it should publicly announce that it is giving health authorities autonomy to handle the Covid-19 situation. It should also simultaneously announce the setting up of a small – no more than five – expert panel with a secretariat to advise the director-general of the Health Department.

I don’t know about you but I find the announcement of measures for controlling Covid-19 by the defence minister rather intimidating. The situation of a law minister, of all people, saying that the government will go back to the King for a declaration of emergency if necessary is rather unsettling. Meantime the home minister stays ominously silent.

The only emergency we have in the country is that we are being run by a totally inept backdoor government bent on prolonging its stay. The only way to handle that is by letting the Parliamentary process take place and all of us – no matter our station in life or what we might lose – unequivocally supporting the outcome.

(P Gunasegaram, editorial consultant at The Vibes, likes this saying attributed to a US presidential candidate, Ron Paul: “When one gets in bed with government, one must expect the diseases it spreads.”)