What are Malays disunited over? 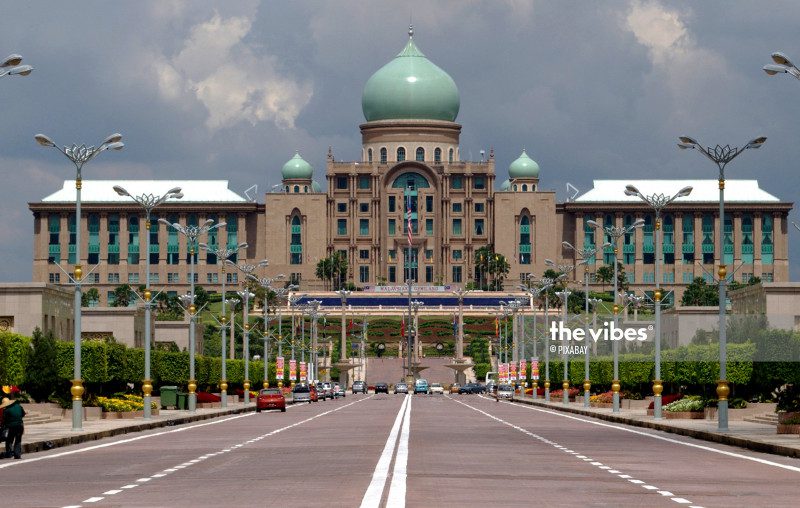 THE so-called disunity of the Malays has become the excuse and rallying cry for a lot of questionable moves, such as overthrowing a democratically elected government through insidious means like party-hopping and the betrayal of election manifesto promises.

These political leaders keep harping on the non-issue of Malay disunity just because Malays support different parties, but not one of them is coming up with measures that will help the Malay masses in the long term and lift them out of the doldrums.

Instead, they use the entrenched system of Malay privilege to give largesse to their relatives, friends, allies and general cronies in the name of equalising the income gap, but wrongly, most of the time, enriching some privileged Malays and cronies, while a huge portion of other Malays remain mired in poverty.

And when the Malays themselves, realising they are still being left out of the mainstream and now losing their patience with entrenched parties, desert their traditional parties in droves, the politicians cry out “Malay disunity” and hold this up as the reason why Malays are not progressing relative to the other races.

So, what is it that the Malays are disunited over? They are disunited over the parties that they are now supporting, deserting Umno in the last elections and voting instead for PKR, PAS and Bersatu, with Bersatu showing the least support from Malays.

And is it bad that they are disunited over the parties they support? No. Malay support, especially in Peninsular Malaysia, in the past went mainly to two parties, namely Umno and PAS, until PKR entered the fray after 1998 and became a force to be reckoned with later.

In the 2008 elections, the opposition captured five states, and the ruling party lost the two-thirds majority in Parliament that is required to amend the constitution.

Why were the Malays disillusioned with Umno? Because the vast majority of them were still poor and under-represented after decades under Umno. That shift continued in 2013, and the last straw came in 2018, when the entire country realised it was being run by a kleptocracy.

There was a time when Malaysians supported one party/coalition overwhelmingly, which was Barisan Nasional and its forerunners. But corruption, patronage and plain incompetence in the name of social readjustment, culminating in the plunder of billions by a thieving prime minister, led to the Malays realising why they were being sidelined in overall development.

So, in 2018, they abandoned Umno and voted for the opposition instead, roughly splitting their votes equally between Pakatan Harapan (mostly PKR), PAS (which was in the opposition then) and Umno. The net result was that Umno/BN lost the elections, which was unexpected.

Should the Malays have tolerated the corrupt Umno/BN government under the circumstances and been unified in their support for it? Certainly not. If the parties that purport to work for the Malays did not do enough for the community, but lined their own pockets and those of their relatives and cronies, surely those parties need to be rejected.

The Malays are disunited because Umno let them down, and they turned to other parties to represent them better. If they were not disunited over this, then the democratic process of dismissing a kleptocratic government could not have taken place. Disunity was good.

And, Umno would continue to be in power, lording over all of us. And a corrupt prime minister, together with his cluster of mostly corrupt MPs, would be strutting around, continuing to preach about Malay unity and Malay rights, but fundamentally not doing enough to ensure that the Malays had an equal opportunity to take part in national development.

Instead, they lined their pockets, and collaborated and connived with businessmen of all races, shapes and sizes, offering bounties to them in the billions of ringgit and getting paybacks, all of which can only collectively impoverish the country.

Unfortunately, the reform process promised after the May 2018 elections, when PH turned victor, faltered when a former Umno leader and prime minister took the reins in a rather convoluted manner, in which he would be interim prime minister until his successor took over.

Tun Dr Mahathir Mohamad never had intentions of handing over power to Datuk Seri Anwar Ibrahim, and he never had any intention of undertaking reform. Instead, he plotted with former Anwar loyalist Datuk Seri Mohamed Azmin Ali and Bersatu president Tan Sri Muhyiddin Yassin to topple PH by teaming up with Umno instead, and put a “Ketuanan Melayu” government back in power.

Again, the call for Malay unity resounds loud and clear. And, who or what are they asking the Malays to be united against? Corruption? Patronage? Inefficiency? Or is it against the other races in the country, who do not and cannot take anything away from the Malays unless their political leaders permit it?

We know the answer, don’t we, when they keep on calling for Malay unity, when it is Malaysian unity we should be looking towards – the closing of gaps between the races in every way and helping all in need, which will necessarily help most of the majority community as well.

But, they know there is only one way to get support when you are corrupt and inept, and that is to appeal to the basest in us, and to encourage distrust and enmity between the races and religions so as to assure continued support from the Malay community.

We are back to square one. Maybe even worse, because they have the momentum now.

The call for Malay, and Muslim, unity is now much louder. Just one illustration will suffice. This is Muhyiddin over the weekend. Bernama reported on Saturday: “The political crisis earlier this year has turned Umno and Bersatu from political enemies into allies who are now in a partnership, said Bersatu president Tan Sri Muhyiddin Yassin.

“Muhyiddin said although there were those uncomfortable with the situation and viewed it as Umno being forced to stay in the cooperation, it should be seen as a test for Malay-Muslim leaders in the country, including from PAS, to strengthen their ties.

“‘In front of us lie vast opportunities for us to unite the Malay-Muslim community in the country, which has experienced political divisions over the years.

“‘Do realise that the political crisis in the country at the beginning of this year has brought together the political leadership in Bersatu, Umno and PAS into the same political alignment.

“‘To me, this strengthening of ties is a preliminary step towards creating a greater unity of Muslims,’ he said in his policy speech at the Bersatu general assembly today.”

What more can one say about the enunciation of such a short-sighted and bigoted policy, coming, from all people, the prime minister? Don’t these people, Dr Mahathir and Azmin included, along with Muhyiddin, realise that they went against the mandate of the rakyat, as clearly enunciated in the PH manifesto?

Did they not take a vow to honour the manifesto, including the part about Dr Mahathir being succeeded by Anwar, instead of a concerted effort to stop that, and this was what the people wanted them to do? Isn’t this the real reason for the current political crisis, where the backdoor government hangs by a thread?

Did they not realise that they were part of a Malaysian, not just Malay, effort to overthrow a corrupt, kleptocratic government, and they succeeded on that basis? Why, then, have they abandoned this?

The only answer: their own selfish interests to make as much hay as they can while the sun shines. Their record shows that – giving all MPs positions that increase their income (in return for support, of course); handing out new contracts; increased lack of accountability, as monies are spent with little detail to explain how; an election-like Budget handing out goodies to voters from their own precious savings, etc.

Paradoxically, what is needed to kick out the worst government we have ever had is, yes, Malay disunity. Malays will be disunited between those who really want their race to advance and those who want to enrich themselves at the expense of the majority. Enough numbers – enough disunity – and this government will go just like the last before the 14th general election.

Malay disunity is not all that bad. Disunity among Malaysians should be welcome to ensure that nobody blindly follows a lousy government. Disunity – as in the right to think differently – promotes democracy. Don’t let anyone, including the prime minister, tell you otherwise. – The Vibes, December 1, 2020

P. Gunasegaram, editorial consultant at The Vibes, likes this saying attributed to Ralph Waldo Emerson: “A foolish consistency is the hobgoblin of little minds, adored by little statesmen and philosophers and divines.”