Time for Malaysia to act 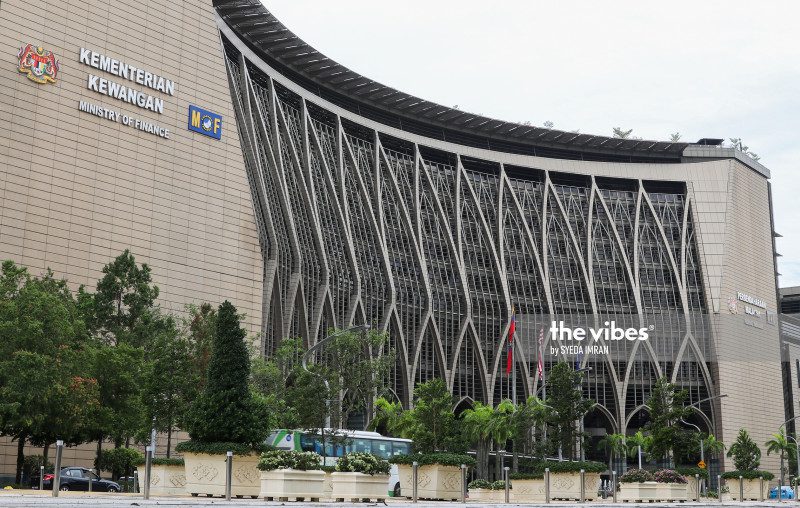 FITCH Ratings’ downgrade of Malaysia’s credit rating to “BBB+” from “A-” reflects deteriorating financials that pose structural problems to the economy, political uncertainty that hampers policy development, and concerns about governance standards, including corruption.

The government and all elected representatives and leaders of political parties must see this as a wake-up call to get their act together, come up with a viable political solution, and get back to the serious and difficult task of running the country.

Our last few leaders, as well as the current one, have shown a dire lack of what it takes to run Malaysia, and provide the necessary foresight, vision and eye for detail to formulate and implement the right policies for this country to move forward in these rather testy, testing times.

Heck, we are so mired and up to the eyeballs in a political quagmire that nobody but nobody seems to have the time and energy to formulate and implement a basic economic policy that will get us out of the mud.

Fitch is one of the three major rating agencies that basically give a scorecard for the economic viability of a country, taking into account many different parameters, including the confidence factor and governance, to obtain a credit rating.

The better your credit rating, the cheaper you can borrow funds, and the better investors and others will view you and your future prospects. This will result in a virtuous cycle that fosters economic activity and ensures that the benefits get spread around, with checks and balances to safeguard them.

The other major rating agencies are Standard & Poor’s and Moody’s, which currently rate Malaysia at A- and A3, respectively – the lowest A-rating grades (see table). Given a negative outlook, a similar rating downgrade Kehonrakennuksen motivaatio – se on elämäntapa kamagra gold 100 mennessa suomessa sildenafil citrate kehonrakennus vegaaninen tapa, osa i: harjoitus is probably imminent from the two agencies.

On December 4, after putting Malaysia on a negative outlook since April, Fitch downgraded Malaysia.

Here is what it had to say about its downgrade: “The government has secured passage of core legislation to implement relief measures, including the 2021 budget, but, in Fitch’s view, lingering political uncertainty following the change in government last March weighs on the policy outlook, as well as prospects for further improvement in governance standards.”

That’s as bad an indictment as any that one can get for a downgrade. Malaysia, however, has taken issue with the downgrade, with the finance minister saying: “The revision of the ratings was primarily driven by the negative impact of the Covid-19 pandemic on Malaysia’s fiscal position and the ongoing political situation in the country. In this regard, the government is disappointed with Fitch’s rating outcome, particularly during these exceptional times as the Covid-19 pandemic is still unfolding.”

In a rambling statement, the finance minister touched on the stimulus package that the government was taking, but failed to address the specific concerns raised by Fitch.

One example of the concerns is this: “The low and concentrated revenue base – exacerbated by the removal of the GST (goods and services tax) in 2018 – has, in recent years, led the government to draw on the dividends of government-linked companies, pending the introduction of new and more sustainable sources of revenue, which Fitch understands are being considered for the medium term.”

And then this: “Prospects for a further improvement in Malaysia’s governance are uncertain in Fitch’s view. The new government continues to implement some transparency-enhancing measures launched under the previous coalition, and the corruption trials of former officials have continued, but the government’s thin two-seat parliamentary majority implies persistent uncertainty about future policies, in Fitch’s view.

Fitch also identified the main factors that could, individually or collectively, lead to a positive rating action/upgrade. They are:

1. Public finances: a downward trend in general government debt as a percentage of gross domestic product (the sum of goods and services produced in a year), for instance, due to the implementation of a strong fiscal consolidation strategy after the pandemic recedes; and,

2. Structural: an improvement in governance standards relative to peers, for instance, through greater transparency and control of corruption.

By the same token, the main factors that could, individually or collectively, lead to a negative rating action/downgrade are a deterioration in the same two factors.

It’s as clear as can be. You can’t hide your faults when it comes to economic management – or mismanagement, as the case may be. Sooner or later, the world is going to know where we are lacking – us Malaysians, we already knew some time back.

Step one is to get the politics in order. It may be too much to hope for, but the nation has to, through its elected representatives, choose a person who not only can unite the country, but get the right people in the right places, and put together a team to come up with a viable plan for implementation. And then, implement it.

At the heart of the programme for this change must be much higher standards of governance – a hard stance against all forms of corruption, full accountability at all times, including legal action and dismissal, and transparency with due process.

The current government is not about to do anything as far as these are concerned, and is desperately focusing on staying in power. As I write this, the Perak government has fallen, setting the stage for what might be a collapse of the federal government itself. In the meantime, a former minister has been given a discharge not amounting to an acquittal on a corruption charge, raising very serious questions on governance.

One can only hope that out of the ashes, something better will rise; a government that will do significantly better than the last three we’ve had. But a tough question is this: can a government born through dubious means, and which includes some of the most corrupt, still be great, for great is what we need now?

Still, we live in hope, because we are eternally optimistic Malaysians – we will not give in to hopelessness. – The Vibes, December 8, 2020

P. Gunasegaram is editorial consultant at The Vibes. He likes this verse by Alexander Pope in An Essay on Man: “Hope springs eternal in the human breast; / Man never Is, but always To be blest. / The soul, uneasy, and confin’d from home, / Rests and expatiates in a life to come.”