Time for Anwar to look ahead 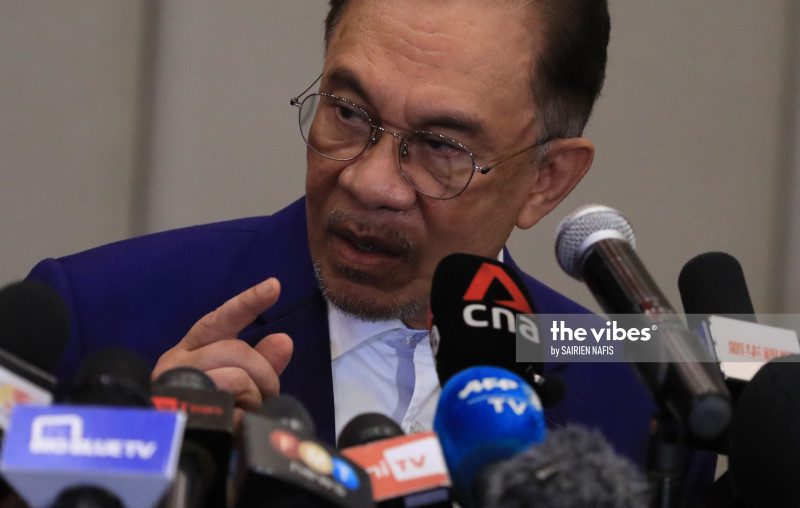 This above all: to thine own self be true,
And it must follow, as the night the day,
Thou canst not then be false to any man.
Farewell, my blessing season this in thee!
– Polonius in Shakespeare’s Hamlet

This is my second open letter to you. I write to urge you to simply move on. Things have changed, most likely, irrevocably. Even if you can get back the support you had, who really is that support from? And can you rely on it, even for a day?

Take Perak, for instance. Pakatan Harapan went along with Umno to vote against the menteri besar then. That happened, but what followed after was more important and tells us what Umno’s real intentions are. Umno went back to PAS and Bersatu, but it had its own man in place as MB. PH got nothing.

And then, on Tuesday, all Umno MPs, except Tan Sri Tengku Razaleigh Hamzah, who abstained by being absent, voted for the federal government’s Budget 2021, passing it by 111-108, tantalisingly close – but you know what they say, a miss is as good as a mile.

In the larger scheme of things, for the post of prime minister, Umno wants to destabilise the current backdoor government, bring it down and get a dissolution of Parliament, if not now, then later. They think that will give them power instead of sharing it with Bersatu, the dominant partner now despite having fewer seats.

In that, they are using PH yet again. They use the leverage of a possible no-confidence vote to extract concessions from Tan Sri Muhyiddin Yassin – and they are getting it. Look at the changes to the Budget vote, which the opposition was unable to defeat.

Umno got Muhyiddin to allow some eight million Employees Provident Fund (EPF) contributors to withdraw as much as RM10,000 and more from their Account 1, which was meant exclusively for retirement in the past – an unprecedented move. Even if you have not lost your job or if your income is not affected in any way, you can still withdraw, needlessly damaging your retirement nest egg.

I have explained in this article called “The RM60 billion scam at EPF” why this is a bad move, and how it will erode EPF savings for those who can ill afford it.

This is a move that “cash-is-king” former prime minister Datuk Seri Najib Razak advocated – but why? To put cash into the hands of those who will vote in the next elections, cash that is their own from their retirement savings, so that they feel good about the government to their future detriment. Is this the kind of people you want to work with?

The number of Umno MPs will be a lot more if not for crossovers to Bersatu. In the reckoning for seats, there will no doubt be a demand to take into account these numbers in the Perikatan Nasional coalition, which is likely to give Umno the largest number of seats to contest in the event of elections.

The point to note, Saudara, is that Umno is using PH and you to destabilise the backdoor government and force elections, if not now, then later. How can you justify working with them, especially when almost all of them are tainted and they can pull out support at any time?

Remember that every single Umno MP implicitly and explicitly supported Najib as prime minister even though there was much evidence in the public domain then that he used 1Malaysia Development Bhd to siphon off tens of billions of ringgit. Despite his conviction, those in Umno still stand by him.

Also, it has been established and admitted by some Umno MPs that all the divisions got at least RM3 million each in funding from Najib. How can you possibly reconcile this with what you are doing now?

And then, there are the multiple charges against Umno president Datuk Seri Ahmad Zahid Hamidi. To work alongside these people and others like them within Umno will irreversibly taint PH and make it very difficult to progress towards Reformasi.

It is just as well that this scheme did not work out because even if it were successful, it would not have stood the test of time, and would have posed severe problems in terms of how to disengage from tainted people after they have been admitted into the governing coalition.

Saudara, it is time to move along – in this, even the end does not justify the means, because it is rather a tenuous one whose success hangs by a slender thread that can snap at any time and bring the whole fragile structure down to a thunderous collapse – similar to what Muhyiddin faces now.

I can understand that everyone in PH, including you, wants to regain power and, in line with the collective wish of the electorate, be the government. This is especially so given the abysmal record of the current government. But how much will be sacrificed in this battle for dominance for up to 2½ years before GE15 comes around? And should a tainted Umno be the vehicle to regain power?

Better to take this opportunity to rebuild the PH coalition for the next elections, whether in two months or two years. You need to vigorously lead this effort, energise the people, tell them what Umno is really about – the leaders are for themselves, not the people, who they have betrayed over and over for decades before GE14, and now again.

Get good people in, get the bad out – you have to be ruthless about this. Behave in a manner that inspires confidence in your ability and integrity, and be prepared not to sacrifice this for political expediency. Remain on the straight and narrow all the time. Don’t deviate. By now, you must know that corruption and abuse of power is the curse of this country. Dedicate your life to killing it, and make it known to the people.

Let the young, competent, able and honest move rapidly in your coalition – there are many who are suitable, but whose principles and refusal to compromise stop them from advancing. Help them through, give them position and responsibility.

Make sure that all partners in the PH coalition do the same, and demand uncompromising, high standards of all people’s representatives at all levels, and all members of the coalition. Don’t deal at all with the tainted – it will only bring grief and delay the transformation.

In my first open letter to you in May, after the backdoor government took over and was firmly ensconced, I said to you:

“Forget political expediency and put real people in important posts. You have lost for now but go back to the drawing board, come up with a plan to win in the coming elections. That requires courage, gumption and guts.

“Start working for that now. Choose your coalition partners. Discuss seat allocations. Make sure every candidate from every party is clean, incorruptible and competent.

“State and articulate your policies, how you will implement them. Convince the public you can do it, and just maybe, they will vote for you and your coalition again. But it may be a war that you start, you may not see its completion – be prepared to hand over to younger people. Groom your successors carefully.

“If there is anything that you should have learnt by now, Saudara, it is this – you cannot deal with the tainted and expect them not to stab you in your back when it is turned. Also remember, the sign of a good leader is that he knows when to cut losses, move on and rebuild.”

It may take longer, but it still can be done if the groundwork is laid now and the milestones for that are clearly marked out. Provide the leadership for that change with integrity, honour, honesty and competence, and make way for others to lead when the time is right.

P. Gunasegaram says that the hope for the future lies in the hands of principled, competent leaders. He is editorial consultant of The Vibes