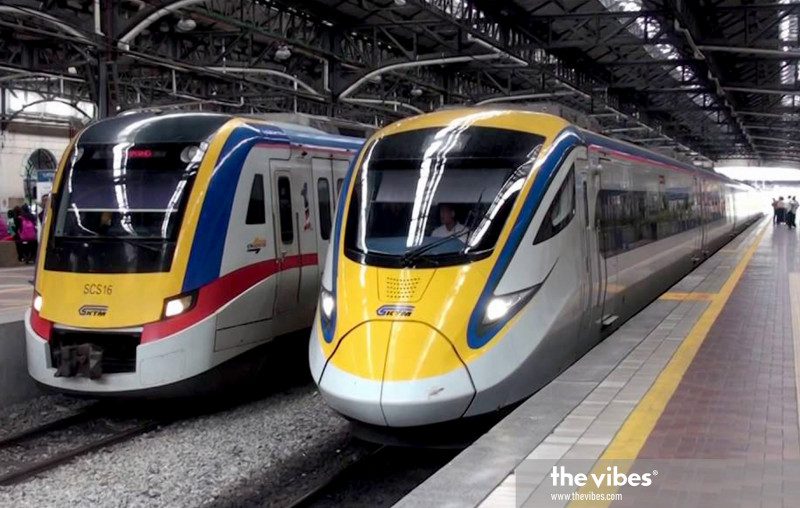 THE termination of the RM60-80 billion high-speed rail (HSR) link between Kuala Lumpur and Singapore will be good for the country despite a reported compensation of some RM300 million to Singapore.

But if this is replaced instead with an HSR link between Kuala Lumpur and Johor Baru, it would be a grave mistake because it could lose us tens of billions of ringgit, even for a scaled-down project, which is not needed at all as KL-JB is already well served by road, rail and air links.

Already, it is clear that the KL-Singapore link is not viable. For the project to be feasible and bankable, let’s assume a 7% return on project cost of RM80 billion. That’s RM5.6 billion – in profit! Assuming a high 20% profit margin, revenue needs to be RM28 billion for that kind of profit. Let’s say a one-way ticket costs RM200 (who would pay more?), that will be 140 million tickets a year or 384,000 tickets a day, a physical impossibility! That’s a fifth of Kuala Lumpur’s population going to and coming back from Singapore every day of the year.

And just for perspective, Malaysia’s tourist arrivals in normal times are around 26 million a year. Yes, completion is 10 years down the line. But does anyone think that by then, demand would have risen so much to make the service feasible? Surely not! That means expensive – and I mean expensive – government guarantees now and massive subsidies in future. 1MDB losses will begin to look paltry by comparison.

If the KL-Singapore link is likely to fail, surely the KL-JB one will fail even more, even if the cost is lower. Besides, not only is there an existing line from KL to JB, but people also tend to forget that there is already double-tracking – costing at least RM36 billion which will be completed by next year for the entire west coast of Peninsular Malaysia.

Trains will be hurtling along at 170kph between Padang Besar and JB under double-tracking. A non-stop train from KL could reach JB in around two and a half hours – how much faster do you want?

Besides, there are good highway links between KL and JB. We really don’t need that HSR link. There is simply not enough traffic demand between JB and KL.

Even before the double-tracking, for which we are already spending some RM36 billion and is so far considerably underutilised, is completed and used, we are moving to HSR – for what? It is simply unnecessary.

Among the reasons cited for the termination is that Malaysia wanted to bring the start date of construction forward by two years, apparently to act as an economic stimulus for the country to recover from the Covid-19 pandemic.

But one would think that given the negative impact of Covid-19 and its adverse effects on travel, it would be better to postpone the start of the project to a later date to see how Covid-19 affects travel between the two countries and how the pandemic pans out, as well as observe its actual impact on travel before committing to the project.

It was also reported that Malaysia wanted to split the project into two: KL-JB and JB-Singapore. Presumably, Singapore will only be involved in the second. The original plan was apparently for Singapore to take a stake in the entire project, which will be jointly undertaken.

There are a number of key implications if these changes are made:

Malaysia will handle the major part of the project – KL-JB, including contracts and more, and probably share the cost for just JB to Singapore. That means no joint tendering for the KL-JB sector. And under Malaysian control, usual cost escalations are possible.

The mechanics of revenue-sharing and other matters may be different. Singapore may not be so confident of the success of the undertaking if it did not have a say in the overall project.

Earlier reports have suggested that a KL-JB HSR link will help the southern states of Negri Sembilan, Melaka and Johor develop and prosper while creating job opportunities. But the point is that the double-tracking and roads will take care of that.

If people are talking about commuting, say from Melaka to KL to work – forget it, it will be too expensive for most people.

There is absolutely no point in continuing with the project if the line terminates in Johor Baru. Even a direct link between KL and Singapore is not economically viable, what more in JB.

I can think of many other ways to use RM60-80 billion that would be of much more benefit to Malaysia. Remember around the mid-2000s, the HSR was estimated to cost just RM8 billion before land costs. Count on the cost far exceeding RM100 billion eventually, given a 10-year time frame to build it. – The Vibes, January 5, 2021

P. Gunasegaram, editorial consultant of The Vibes, says infrastructure development must be prioritised to ensure maximum benefit for the country at the lowest cost