Why Trump will likely lose 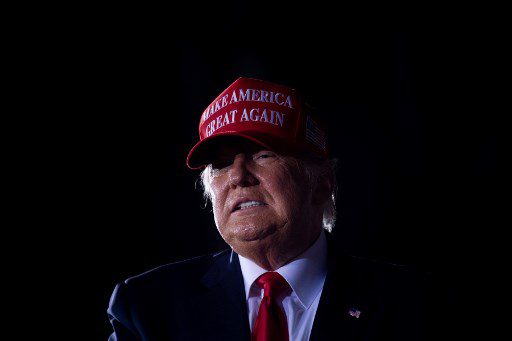 I HAD expected Donald Trump to lose the elections for 2016 – perhaps some two weeks before the elections I had taken a symbolic bet of a bottle of wine with a tennis mate.

But Trump won by one of the narrowest margins ever after his opponent Hillary Clinton led comfortably just 12 days before election day, Nov 8, 2015. What happened?

One event, more than any other, was responsible for that. Before we understand why Trump will lose the current election today, we need to go back to that one event, know that it won’t happen again and look at how Trump has shot himself down from the presidency through his own, blighted and bigoted track record.

Hillary Clinton, while she was secretary of state in the previous Obama administration (2009-2013), did a very careless thing – she set up a private email account on a private server to handle all her email accounts, which could compromise security.

The New York Times broke the story in March 2015 and said that Hillary’s act may have violated federal requirements and was “alarming” to current and former government archive officials.

The controversy raged but Federal Bureau of Investigation (FBI) director James Comey in July of the same year said that while there was evidence of potential violations of criminal statutes covering the mishandling of classified information, “our judgement is that no reasonable prosecutor would bring such a case”. The Justice Department closed the case against Clinton.

While Trump tried to capitalise on these and other factors, on the 12th day before the elections, Oct 28, 2015, Clinton had managed to put it behind her and had built up a lead of nearly six points over Trump (for context, Obama’s lead over Romney was four points in the 2012 elections). It was thought to be an unassailable lead at that time.

You can read one gripping story about how the tide turned against Clinton in 12 days here.

And then, Comey, who has been a registered Republican for most of his adult life, dropped the bombshell – the FBI was reopening the investigation against Clinton, just 11 days before elections.

Trump jumped on it, and as it turned out, turned the tables. “If she were to win this election, it would create an unprecedented constitutional crisis. In that situation, we could very well have a sitting president under felony indictment and ultimately a criminal trial,” he said a day later. And he very astutely kept the issue alive the next few days.

On Nov 6, two days before the elections on Nov 8, Comey cleared Clinton, saying the re-opened investigations revealed nothing new. But the damage had been done already, and it reopened the door for Trump to revisit the issue.

Trump won – by a slender thread of a total of 80,000 votes in three states. Almost certainly, it was Comey’s actions which won the day for Trump as this article persuasively argues.

Oh yes, there were other things about Clinton – she was said to be lacking warmth, was cold and distant. She did not do enough to get the black and hispanic vote behind her, she did not focus on the issues that affected Americans, etc.

But despite all that, she had managed to build up a substantial lead over Trump, a lead which evaporated in the aftermath of Comey’s revelations.

Whether that was a planned event or not to help Trump can’t be known but one can safely surmise that there is no planned revelation of an event of similar proportions which will affect Joe Biden’s chances to become president.

He is going into the final lap with a comfortable lead, according to most polls. Perhaps as much as half or more have voted already and there is practically zero possibility of a fortuitous event for Trump which will save him.

Biden’s campaign has been more polished, he has been the better speaker and he has had much more funds at his disposal.

He has correctly identified some of the key areas of contention in the polls – Covid-19, the Black Lives Matter movement, the Hispanic discontentment with Trump’s immigration policies, and economic malaise ripping through the ground.

Trump has nothing to show for his four years, except in the eyes of white supremacists many of whom were visibly supportive of his disdain for black lives and the welfare of minorities, his inhumane treatment of illegal immigrants, especially those from and through Mexico, and a needlessly tough stance on the rest of the world whom he alienated.

A record turnout indicates that people this time are not going to stand around and let him become president again, possibly the worst president that the US has ever had.

His approach to solutions have been rather bizarre to say the least (nuking North Korea, building a wall to stop immigration, taking cleaning agents for Covid-19) and has made the US a laughing stock of the world.

If there is one president most Americans (and the world at large) do not want to see remain president of the US, that’s got to be Trump.

We don’t need to go into and talk about the electoral college because the margin of victory should be big enough this time around. Trump himself has helped ensure that.

This time, I have a beer on Joe Biden winning. With no surprise event possible and elections taking place today, much of the votes already cast, I fully expect that I will get my drink this time. – The Vibes, November 3, 2020

P Gunasegaram will, if he loses his bet, simply take comfort in the fact that Trump will have to vacate the presidency after four years. He is editorial consultant at The Vibes.