Some serious questions about the Top Glove cluster 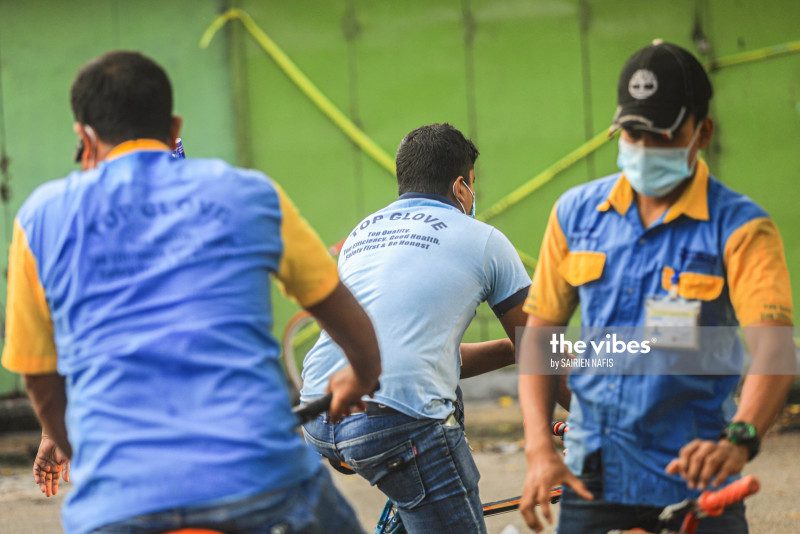 ON Monday, November 23, Malaysia recorded its highest ever number of Covid-19 patients in a day, with 2,188 cases. Of this, 1,511 cases, or nearly seven out of 10, came from the so-called Teratai cluster, increasing by half from 1,067 the previous day. According to the Health Ministry, these cases originated from Top Glove Corp’s dormitories in the area.

This cluster should be called the Top Glove cluster because most of those infected are from the Top Glove rubber gloves factories, of which there are 28 in the Klang area. Malaysia makes two-thirds of gloves worldwide. Top Glove is the world’s largest manufacturer of gloves, with 26% of the world market share, with a target to increase this to 30% by end-2020. Its long-term vision is to become a Fortune Global 500 Company by 2035.

Given the burgeoning market for gloves following the Covid-19 pandemic, glove manufacturers have pushed up their capacities sharply, expanding their capacity and the number of workers, leading to legitimate questions of whether this may have compromised safety in their workplaces.

The Top Glove cluster alone accounted for 93% of the total 1,623 cases in Selangor. If not for this cluster, the number of cases would be 677. With the number of recoveries at 1,673, the number of infected cases would actually have gone down by 996 cases and marked a turning point in the third wave of the Covid-19 pandemic.

To date, 5,777 individuals in the cluster have been screened, and 4,036 positive cases have been detected so far, probably making it the worst cluster so far in the country and reflecting a very high rate of infection. Also, patients who carry high transmission risks and have to be admitted to hospitals and quarantined climbed to 3,835 from 2,359 reported a day earlier.

Top Glove announced on November 5, three weeks ago, that it had 17 positive cases among its workers since January, giving the impression that all was under control.

This, it added, represented just 0.1% of its workforce of 21,000 workers, without mentioning that they were part of the workforce in the Jalan Teratai area in Klang only.

Such a rapid rate of increase in the Top Glove cluster is a clear indication that the conditions in the dorms were crowded and facilitated the increase in cases.

In fact, this is confirmed by Human Resources Minister Datuk Seri M. Saravanan.

According to The Star, Saravanan said on Tuesday: “I have visited the (Top Glove) hostels and the conditions are terrible. My officers were ordered to go in full force as this is a big vulnerable migrant workers colony. If we don’t act, this cluster will get out of control.”

It is no surprise then that the numbers went up so sharply in a space of three weeks as social distancing and other measures to stop Covid-19 were not being practised. Authorities should have already been alerted because a UK documentary showed what was allegedly Top Glove factories and dorms, with crowded conditions and non-adherence to standard operating procedures or SOPs.

This was dated June, and if authorities had been alert enough, there was time to control it. Also, Top Glove must surely have known of these conditions in their factories and in their dorms and should have taken action to right the situation with the onset of Covid-19.

The company’s market value has dropped some RM13 billion to about RM54 billion since early this month when the news of the outbreak on its premises broke. It spent some RM1 billion on share buybacks to shore up its share price.

It is making huge profits from the steep rise in demand for rubber gloves, making a profit of some RM1.9 billion for the latest financial year – over five times the RM365 million previously.

With that kind of profit, it has no excuse to have crowded quarters for its workers. One could also ask that, with so many workers infected, how come these did not show up in temperature controls and monitoring of workers’ symptoms?

After the Sabah debacle, where unrestricted campaigning ahead of the September 26 state elections and easy travel conditions resulted first in a steep rise in Covid-19 cases in Sabah and subsequently, in the peninsula, the Top Glove cluster now raises serious questions over the lack of controls by a major company and the government itself.

It is a wonder that more measures were not taken by both the company and the authorities to control the menace that has become the Top Glove cluster, even though signals were clearly there that things could get out of hand.

In a factory area where, suddenly, 17 workers become infected, it is clear sign immediately that many more could have been infected, especially given crowded conditions in both the factories and in the dorms.

Now, we are all going to pay the price before the menace is brought under control. – The Vibes, November 26, 2020