Why no windfall tax on glove makers? 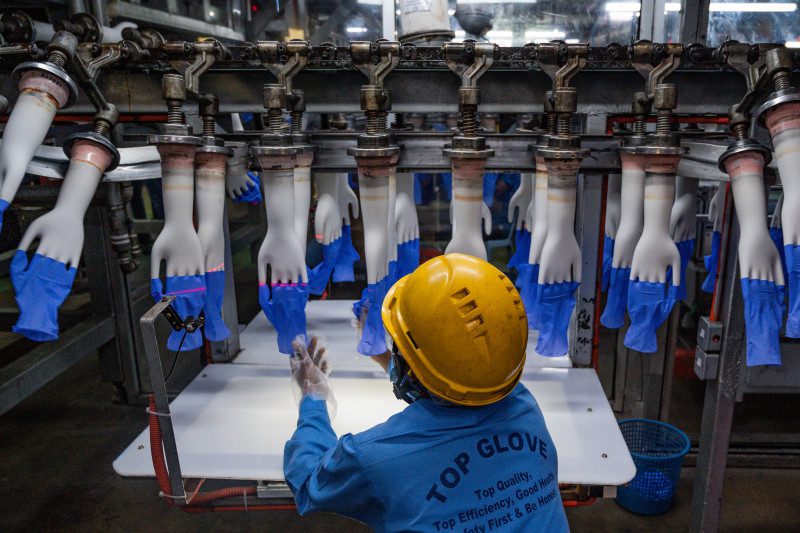 WITH Malaysian rubber-glove makers, who account for some two-thirds of world’s total production, making record profits of four to 32 times their previous profits as demand for gloves explodes and prices rise, it is legitimate to ask if windfall taxes should be imposed on them.

Meanwhile, an explosion in the number of Covid-19 cases at Top Glove Corp, which produces about a quarter of the world’s rubber gloves, refocuses attention on glove makers as a whole.

The Bukit Teratai cluster is comprised almost entirely of workers from Top Glove’s 28 factories in Klang. While the cluster refocuses attention on the glove maker and how much it was responsible for the burst of infections, the two issues are separate.

Windfall taxes are those that are imposed on profits that are unexpected and very high, such as when commodity prices increase, for instance. In the case of the glove makers, there is no doubt that they are having windfall gains but the question is whether they should be taxed.

One argument for windfall tax is to reduce the gains from those who have excessive pricing power. In Malaysia’s case, however, it’s complicated by the fact that the glove makers’ markets are mainly outside Malaysia, even though they have collective oligopolistic power in these markets because they control two-thirds of the market.

There is nothing, however, in government policy that prevents the imposition of a windfall tax. Such a tax is already imposed on the palm oil industry – when the price of palm oil exceeds a certain level, a tax is imposed on the overall production.

Conceptually, the same can be done for gloves – if the price for gloves in the world market exceeds a certain benchmark, then a tax can be imposed on glove sales. Some economists have argued a windfall tax should not be imposed on manufactured goods. But it’s not a problem if you can establish a benchmark price for the goods.

Opinion has been divided over this issue. The first to advocate a windfall tax on glove makers was former youth and sports minister Syed Saddiq Syed Abdul Rahman, who said that RM4.8 billion could be collected.

With a greater profit margin in 2020 due to higher average selling prices of gloves, Supramaniam said the total amount of corporate tax the industry pays this year is expected to jump 400% to RM2.4 billion from an estimated RM600 million in 2019.

“We view a windfall tax as unnecessary. It would be a double blow for the industry because, by virtue of having much bigger revenue and profit in 2020, we will be paying a bigger quantum of corporate tax to the government,” Supramaniam had told The Malaysian Reserve.

However, what he says does not make sense. If you are paying RM2.4 billion in corporate taxes, you are making RM9.2 million in pre-tax profit assuming a tax rate of 26%, or RM6.8 billion net. So, if you pay a bit more in taxes, you really are not losing much.

The top three glove makers in Malaysia – Top Glove, Hartalega Holdings and Supermax Corp – made a total net profit after tax of RM2.6 billion for their latest respective quarters, between five and 32 times the net profits for their previous corresponding quarters.

Let’s move across to the finance minister now.  Datuk Seri Tengku Zafrul Tengku Abdul Aziz said, “You can (impose the tax), but you might send the wrong signal, especially for an open economy like Malaysia”.

He added that, should it be imposed, it would make investors think twice about investing in Malaysia or even opt to invest in neighbouring countries like Vietnam and Singapore, which do not impose such taxes.

Zafrul described the policy as inconsistent. But how do you explain the windfall taxes on palm oil then? The tax comes into play when palm oil prices move over certain levels. The Malaysian Estate Owners’ Association (MEOA) is appealing for various taxes imposed on the palm oil industry to be suspended or abolished, calling them “unfair”.

The taxes are the windfall profit levy (WPL) on crude palm oil (CPO), 7.5% sales tax in Sabah on CPO, and a 5% sales tax in Sarawak on CPO and crude palm kernel oil (CPKO). The MEOA described the palm oil sector as the most heavily taxed in the country, other than the “sin sectors” of gaming, tobacco and alcohol.

“Collectively, they (taxes on the palm oil industry) amounted to an estimated RM1.3 billion in 2019 when CPO prices were low, averaging RM2,079 per tonne. Based on 2019 production numbers and assuming the CPO price sustains at RM3,200 per tonne, MEOA expects that these taxes could balloon to RM2.8 billion a year.”

Well, the writing on the wall is clear – if you remove windfall profits altogether as a matter of policy, the government may likely lose up to RM2.8 billion in revenue. But if you keep the windfall tax and include glove makers in the taxable category, you could get perhaps an additional RM2.8 billion in taxes.

Consistent policy requires windfall taxes on both palm oil producers and glove makers. Or no windfall tax at all. In the first instance, you gain revenue of perhaps RM2.8 billion. In the second, you forego revenue of RM5.6 billion.

The choice is clear but the finance minister seems happy enough with a grant of RM400 million from glove makers to fight Covid-19.

The supreme irony, however, is this: how did Top Glove, the world’s top glove maker, with a quarter of global market share, with billions in profits in hand because of burgeoning demand for gloves due to the Covid-19 pandemic, allow the rampant spread of that same pandemic in its own factories?

It spent over RM1.1 billion in share buybacks to prop up its share price. Could it not have improved conditions and put in place appropriate checks and balances in its factories given all that money it was making?

We await Top Glove’s and the government’s response to this, and for the government to explain its inconsistency on windfall taxes. – The Vibes, December 3, 2020

P. Gunasegaram, editorial consultant at The Vibes, still remains puzzled as to how the government is going to raise tax revenue to finance Budget 2021