Whom will you support if elections held this year? 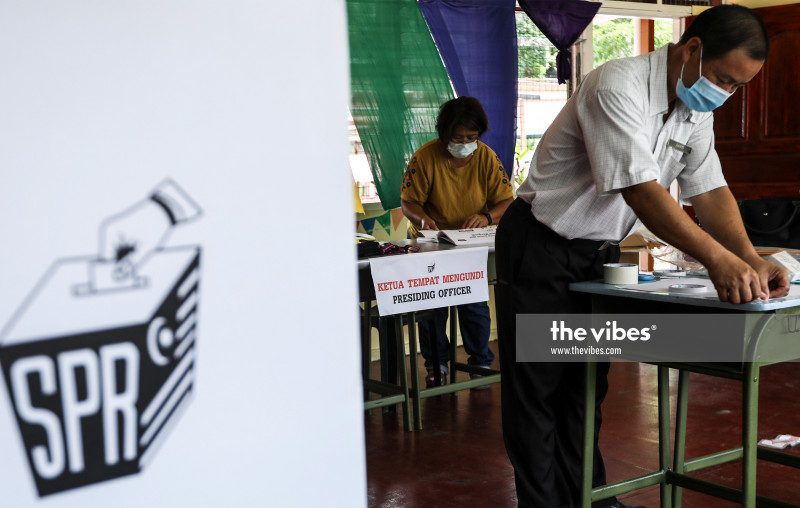 AT the rate things are going, it looks like the general election may well be held this year due to the relentless push by Umno president Datuk Seri Ahmad Zahid Hamidi, creating dilemmas within Perikatan Nasional (PN), the opposition and Malaysians themselves.

If there is a retreat of the pandemic, which will happen as measures taken to curb it begin to bite, then it will be fair to assume calls for Parliament’s dissolution and fresh elections will increase both in terms of frequency and volume.

There are two reasons for this. First, disillusionment with Pakatan Harapan (PH) is the greatest at the moment. Conventional wisdom is in favour of an Umno/PAS victory, considered likely even without Bersatu. Umno will be the biggest winner in fresh elections, the reasoning goes, so strike while the iron is hot.

Second, key Umno leaders such as Zahid himself, former prime minister Datuk Seri Najib Razak, and Datuk Seri Tengku Adnan Tengku Mansor, among others, face criminal charges that can send them to jail for years. A change may let them off the hook – and the way out for these kleptocrats is to change the government as soon as possible.

An Umno-led government, against the Bersatu-led one now, is likely to get charges against prominent Umno members withdrawn with their traditional influence over the attorney-general, who, in effect, continues to serve at the behest of the prime minister.

While factionalism is gaining ground within Umno itself, the government will fall even if only a few Umno members withdraw support, putting considerable power in the hands of the person who decides this: Zahid. He is presently fortified by the support of the vast majority of  Umno divisions, according to reports.

Umno is not at all averse to using the opposition, especially PH, to extract promises from Bersatu and Prime Minister Tan Sri Muhyiddin Yassin. If Umno does not get a promise of fresh elections, its withdrawal will result in a collapse of the government.

If Muhyiddin agrees, then he not only faces a massive fight for seats, which will see Umno becoming dominant, but he will no longer even be prime minister after the elections. PN infighting over seats will only result in Bersatu’s power being eroded.

After all, the party won just 13 seats in the last elections, with the rest of its numbers, currently 31, obtained by defections from other parties. Umno is laying claim to all seats that Bersatu did not originally win.

If elections are called, there will be a bruising battle for seats within PN, with a distinct possibility that some seats will be declared open contests, with all three main parties within PN – Umno, Bersatu and PAS – contesting them.

While Umno, in tough negotiations, will hold out the possibility of working with PKR and even DAP as leverage, once Parliament is dissolved and elections are called, it will most likely go with PAS/Bersatu and ditch the other two.

Unlike PKR, when it was the party with the biggest number of MPs in PH, what Umno wants, Umno gets. Thus, its own man is now the Perak menteri besar after it engineered a coup to get rid of the previous Bersatu man in collaboration with PH, which got nothing in return.

And, it successfully pressured the Bersatu-led Muhyiddin government to allow withdrawals from the Employees Provident Fund (EPF) of up to RM10,000, even if employment and salaries were not affected by the recession, making use of the possibility of working with PH as leverage.

Umno knew what it was doing – in the absence of government handouts due to a lack of money, it cleverly puts into the hands of EPF members their own money to stimulate the economy and promote a feel-good factor so necessary to win elections. This is true to form of the saying “cash is king”, commonly attributed to Najib.

Never mind that they did not care for the welfare of those who withdrew their money, many of whom would have lost a significant amount of their EPF funds in this rash move allowed by the government to needlessly plunder retirement savings to help kleptocrats get re-elected.

Umno’s media positioning is already in high gear. It has successfully made the current government the villain in the termination of the high-speed rail link to Singapore, which will require compensation to be made, conveniently ignoring the fact that Najib’s Umno government signed the original deal for the needless project with the republic in 2016.

Najib, now a convicted criminal who is appealing his conviction, appears to be running a well-honed, well-oiled media operation, coming up with compelling statements on current issues that conveniently ignore several historical facts, but nevertheless put him in a good light.

PH seems to have chosen to go silent during this period and bide its time. The key to its survival, and to keep its chances of winning the elections, is to avoid forces seeking to divide it and stay firmly united during tough times.

Remember how Tun Dr Mahathir Mohamad taught it a bitter lesson when he dismembered the coalition for his own advantage? Keep to the straight and narrow – good, able, clean people as candidates. Articulate a plan for the country and economy, have a strategy for the general election. And, don’t give up – remember, conventional wisdom said PH would lose the 14th general election, as it is saying now it will lose GE15.

We as Malaysians need to decide whom we want to support – our future will depend on it.

Umno/PAS/Bersatu will play the racial and religious line. They are looking towards people voting along racial lines to regain power, and especially for Malays to vote en bloc for them.

But the reality is that kleptocrats, no matter their race or religion, will never work for the benefit of the people, but only for their own. None of the races will benefit from voting in a corrupt, kleptocratic, thieving party that has squandered its years in power and lined its pockets instead.

What we have witnessed so far with PN is a selfish rush to get rid of a democratically elected government, and then a shameless, galloping sprint to maintain power by rewarding many members of the legislature. Simultaneously, there was a mad charge to distribute the largesse remaining through new contracts and arrangements.

P. Gunasegaram, editorial consultant of The Vibes, will be voting against the kleptocrats

Note: This is the first in a series of articles on the general election

Next: Regaining middle ground and a Malaysia for all