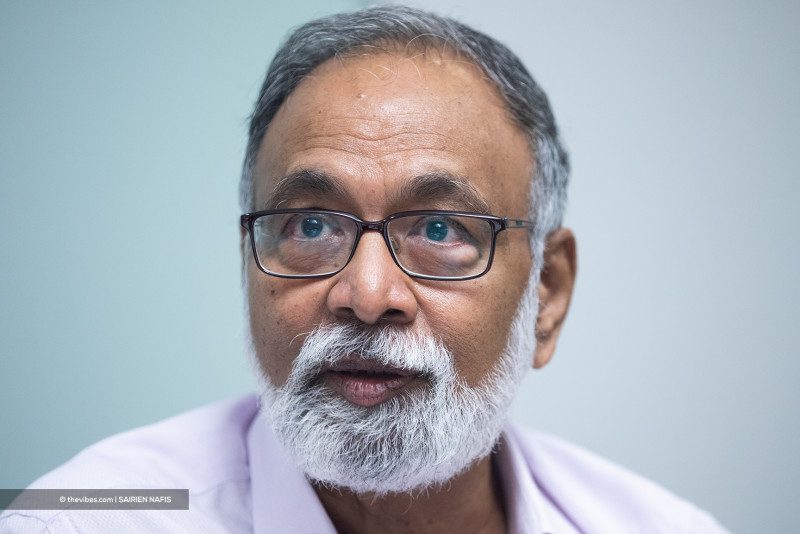 Addressing panellists on “The Democratic Process and the Power of Humanity” during the Horasis Global Meeting yesterday, Gunasegaram described democracy as a process, procedure and history.

“Typically, democracies have a constitution at the most basic level that provides separation of powers between the legislative, executive and the judiciary.

“Democracies are also equipped with institutional safeguards, such as Parliament, and non-corrupt and independent enforcement agencies, including anti-corruption commissions and so on.

“If these institutions are subverted and corrupt, then you will have a situation that is not democratic, even though one can have ‘one-man one-vote’ elections frequently.”

Gunasegaram cited the former Barisan Nasional-led administration that led the country for 61 years until its downfall in 2018 due to the 1Malaysia Development Bhd (1MDB) scandal following the “one-man one-vote” power exercised by the people.

“The BN government had changed its constitution over 100 times and, over a period, it became increasingly draconian and (it also) used outdated legislation that was meant for the British colonial period to control and subjugate the people.

“So, eventually, it became a kleptocracy from around 2013 onwards, when some government officials and, in this case, the-then prime minister, actually stole money from the country, which later came to be known as the 1MDB scandal.

“Thanks to many journalists that highlighted the scandal, including myself at that point of time, BN, which is dominated by Umno, was ousted by the people during the 2018 general election,” said Gunasegaram, who is also consultant editor at PETRA News.

However, he said the Pakatan Harapan government that came to power promising transparency, accountability and good governance was taken in by party-hopping and political manoeuvring, and eventually overthrown less than two years later.

“And Umno is now back in power by being part of the current ruling Perikatan Nasional government.”

The lesson learnt from Malaysia’s recent political events, Gunasegaram said, is that winning elections to change a long-standing corrupt administration simply does not suffice.

“The real change is to ensure that the incoming administration adheres to reforming democratic institutions to prevent a recurrence of the old form of undemocratic democracies throughout the world.

“While humanity, one may say, kicked out a kleptocracy, backroom dealings allowed it to re-emerge at the end of the day.”

Meanwhile, Moghalu, who hails from Nigeria, described democracy in Africa, especially in his home country, as a work in progress against a background of numerous military dictatorships that have emerged in the region since the 1960s.

“There is a challenge of whether or not democracy in Nigeria, for instance where I am from, is real or true to its form.

“Whether the power to elect the government and legitimacy lies with its people or the influential cabals. Are the people really in charge of their destiny, so to speak.

“From my personal experience with Nigeria as a developing country is that the people are not truly in charge of their destiny in the context of the type of democracy that we practise.”

Moghalu said that today, people are trying to change this amid controversy surrounding the country’s constitutional rights and freedom of expression.

“Occasionally, the people have voted out politicians for non-performance, but democracy sometimes is simply the outcome of backroom deals rather than legitimate manners.”

Touching on populism, Moghalu said the situation following the presidential elections in the United States that led to such divisiness was shocking, given that the country is looked upon as the cornerstone of democracy.

In response, Fahmy said despite incidents such as the riot at the Capitol Building earlier this year, Americans who have been taught about democracy and its importance since they were young will continue to question the freedom of its three branches of the government.

“Lately but certainly, politics in America has become polarised and manipulative to a point it (depends on) the power of humanity to save it. What happened on January 6 was an insurrection.

“It was a frightening sight for all of us in America and we wondered, ‘how do we move away from this?’ Despite being the gold standard of democracy, as we say, and others have said it, too, I must admit that we are still evolving in terms of democracy as well,” added Fahmy, who is a Republican party supporter.

Launched in 2016, the annual Horasis Global Meeting is one of the world’s foremost discussion forums, offering a platform to explore and foster cooperation, impact investing and bring sustainable growth across the world.

Horasis, which was founded in 2005 by Dr Frank-Jürgen Richter, is aimed at bringing the best minds and decision-makers from business, government, innovation and other disciplines to look at ways to solve global problems, whether poverty eradication, racial injustice, economic inequality or environmental destruction.